Whether we realize it or not, an affirmation is any thought we think over and over. Doing affirmations essentially confirms a belief. So in essence every thought that has been adopted as a belief is an affirmation of some sort. Affirmations or mantras have a reputation for being positive, but they can be negative as is the case with a chronic people pleaser.

Here are 10 Affirmations of a Chronic, and Extreme People Pleaser…

When you look at these they seem silly. Yet a chronic people pleaser continually has these beliefs running through their heads. Because, “Every thought we think has an effect,” it progressively becomes harder and harder for people pleasers to navigate their lives. 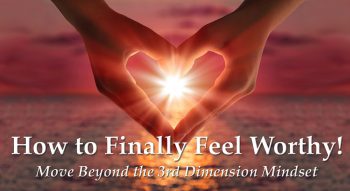 This self-study program helps you change the mindset you have about yourself to be able to finally feel worthy. For more details.

Also check out the Quiz, How Worthy Do You Feel?

For more than a decade now, I have suggested affirmations or mantras as a tool to solve just about any problem. I have seen them work at increasing sales, making peace in relationships and kicking bad habits. Out of the hundreds of workshop attendees and business coaching and life coaching clients I’ve had, I have yet to see anyone who did affirmations on a consistent basis who did not benefit from them.

Here are Some of the Many Advantages of Doing Affirmations…

Never underestimate the power of affirmations. As you get in the habit of using them, you will see affirmations as a strong ally in solving problems, dissolving fear and achieving even the biggest, craziest, reach-for-the-moon dreams.
Other related blogs by Vickie Champion you might be interested in are:

If you have more questions about affirmations to write them down click here.

You can also contact Vickie Champion for a complimentary coaching and consulting session.

I just had a coaching client from Orange County, Calif. ask me, “What are affirmations or mantras, anyway? Can you define it for me?” It’s become so natural to me that I assumed everyone knew about them. This is for those of you who could use Affirmations 101.

Affirmations are any thought you think over and over. It is the act of affirming a belief. So in essence every thought that has been adopted as a belief is an affirmation of some sort.

I usually have my coaching clients repeat an affirmation until they start believing it. Then it becomes a natural part of who you are.

You can think it, say it, or write it. I even had a coaching client from New York City who would sing her affirmations. The most time consuming, but also the most effective, is to write the affirmations down by hand. I think that’s why years ago teachers would make you stay after school and write a statement 50 times on the blackboard.

Affirmations are based on the theory, “Every thought you think has an effect.” So if you can put more positive thoughts in your head than negative, it will change your life. I’m telling you, it does.

Most of the time I start my beginning coaching sessions by having clients do affirmations for the simple reason it provides quick relief for the least amount of effort.

The Advantages of Doing Affirmations

You can also contact Vickie Champion for a complimentary coaching and consulting session.