Learn How to Say NO the Nice Way! For 20 years now, I have been a full-time life/business coach, writer and speaker. I’ve noticed almost all of my coaching clients have to some degree a problem with their need to please. “Saying YES when they want to say NO” is a big part of that. Through the years, I’ve studied this and developed a way to not only break the habit but in a kind way where it doesn’t hurt anyone.

I have enlisted the help of three of my long time coaching clients who are recovering people pleasers to help with this video series.

What does it COST?

The cost for the program is WHATEVER YOU WANT TO PAY!

Yes, you read that right.  We have several levels to choose from, and we want you to take your first step in learning how to powerfully say YES!

We want as many people to enjoy and benefit from this series as possible.  Cost should be no barrier. So choose whatever level is right for you– either $8, $12 or $16— and put that amount in the box below.

You know you’re in the people pleaser community when you…

Do you see yourself with any of these symptoms?

What if you could say NO and still be kind? Wouldn’t it be a relief to find out your need to say YES (when you don’t really want to) is only a habit that can be changed? Did you know there is a solution where no one has to sacrifice for everyone to win?

If you are ready to learn how to say NO more often, and YES powerfully and only to those things that you would like to, join the people that are starting the process of changing their habits with this downloadable 3 part video series:

Contributers to the Videos and Former People Pleasers

From a very early age I thought that being sweet and agreeable was where it’s at.  It got me attention, praise, approval, and everyone seemed pleased with my behavior.  So I continued it — for years.  It became a habit and a conditioned response to sacrifice myself to make other people happy.  Gradually I realized that despite what I was telling myself, I wasn’t very happy — and in the long run, neither were the people I cared most about.  I had to learn a new way of relating to people and living my life for myself and not others.

In my work as an executive coach, I’ve seen many well intentioned people suffer when they get taken advantage of and disrespected in their attempts to tell people what they want to hear and bend over backwards to make others happy.  And I’ve coached clients to make more significant and meaningful contributions at work by honoring themselves as well as others, respectfully disagreeing or declining when necessary, and speaking their truth.  They often tell me that doing so has made all the difference in both their professional andtheir personal lives.  And I understand exactly what they are talking about because I have experienced it myself.

I decided to end my people pleasing when I realized that I didn’t want to come to the end of my life and regret that I had lived for everyone else except myself. I thought a lot about the saying ‘life is not a dress rehearsal’. Ultimately, it finally dawned on me that I won’t get another chance – we’re all only given this one life, and our time here passes quickly.

So, I could either continue to live my life for everyone else and never pursue my own goals and dreams, or I could put myself in charge of my life and my happiness. That is when I decided to live my life for me, seeking happiness, fulfillment and contentment that did not involve pleasing others. It’s a journey I continue on everyday, and though it is often hard work, I know the end result is nothing short of amazing!

It took me 36 years to realize that people pleasing was not only exhausting but was making me miserable!
When I was living my life for other’s approval and acceptance, I felt like I was living a lie, but needed so badly to be “needed” by others to make my life feel worthwhile. I would go as far as to lie about what I wanted, to be more “likeable.” By the time my children came along, I knew I did not want them to grow up with the same habits, and perpetuate more people pleasing. I had, had it!

Yes! You CAN do this !!! Choose the level that is right for you

and get started today! 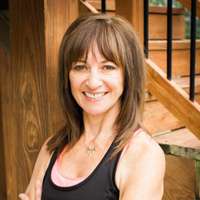 Julia Johnson
Personal Fitness Trainer
Tucson, AZ
LIMSeniorFitness.com
“With Vickie’s “tough love” and expert guidance during our coaching sessions, I always learn more and more how to live and love life and the people in it without losing myself."