For over 20 Years, I Have Been a Coach and Writer. But it Wasn’t Always so… 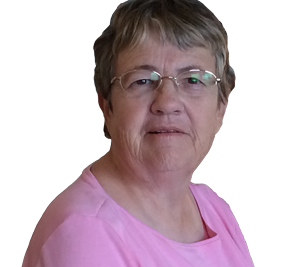 Although I wasn’t exactly sure what I wanted to do next, I absolutely knew that what I enjoyed most was deep, meaningful conversations.

“Something” constantly nudged me to study personal growth and spiritual topics. I later learned that “something” was my intuition or my inner guide.  From each source, I gained greater and deeper insight and knowledge.  Out of the hundreds of things I’ve studied, A Course in Miracles and Abraham Hicks have made the biggest differences in my life and influence how I coach with clients to this day.

My early career path was not as the therapist I thought I would be but as a business professional.  After several years, I became restless and wanted to make a difference.
My journey to making a difference began with a simple but profound step…I said a prayer to God (Higher Power, Source, Spirit, Higher Self, Universe, or whatever you want to call it. I believe it’s all the same, something that knows way more than I do.)  The prayer was “I’m ready to make a major contribution to the world, God. What do you want me to do?” After five months of repeating my prayer daily, the answer I got was to write a book and begin public speaking.

“Write a book and do public speaking?!?” Public speaking was my greatest fear! I couldn’t believe this is what God had intended for me.  But it was!

So, loaded with self-doubt, I began to write. Within 6 months I had finished my first book.  That book led to a book tour, workshops, and, yes, public speaking. The writing and speaking gave me some “sense of purpose,” but my intuition told me there was more.

How I Became a Life Coach

The lingering desire for deep, meaningful conversations was always there for me. Then, in 1998, I attended a workshop on a new concept called “coaching” and the rest, as they say, is history. In the last few years, my specialty has evolved into mostly helping those in twin flame relationships.

My Desire to Develop My Intuition or Inner Guidance

Throughout my life I noticed that certain people accomplished things quicker, easier, and had far better results than the majority of others.  I had a burning desire to know how they made that happen. What secret did they know that I didn’t? Step by step, I learned the secret. The secret was that I needed to begin trusting something we all possess…our gut instinct – our gut feeling – our inner voice– our intuition.

To this day, my goal is to trust and follow my inner guide every minute of every day.